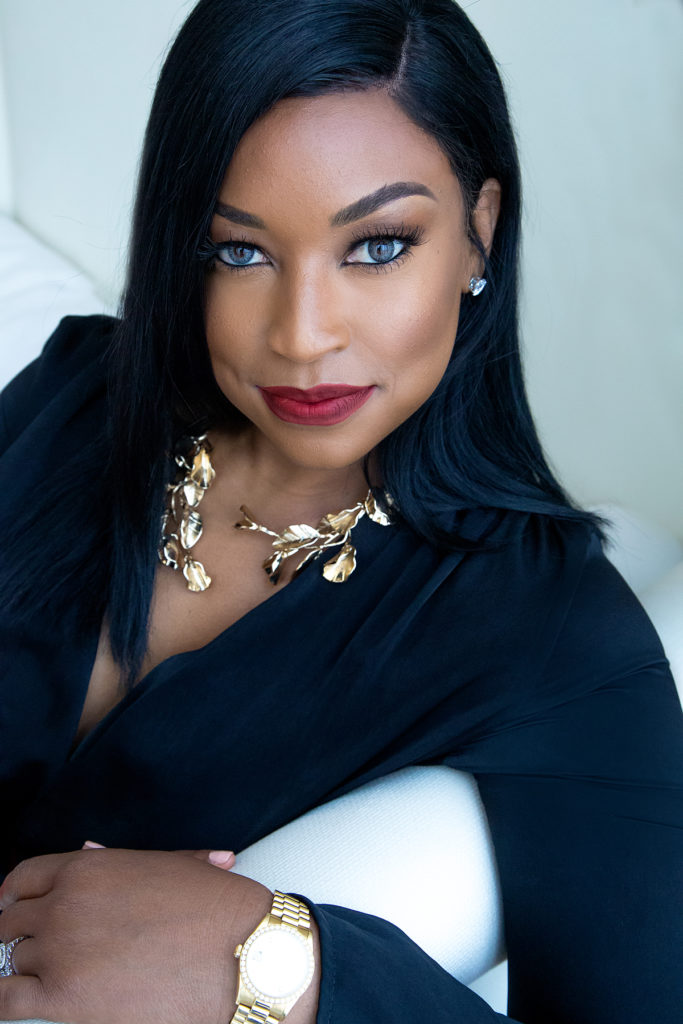 Kimberly Jones is a savvy music executive, self-taught serial entrepreneur, business strategist, humanitarian and bonafide hustler that embodies the self-sufficient spirit and tenacious work ethic of the independent artists she co-manages. The self-proclaimed “businesswoman in the background that gets the job done” is the current CEO of Consult with Kim, president of 5th Amendment Entertainment, which has a joint venture with Entertainment One [eOne] Music, and the assistant vice president of Ca$h Money West, a division of Ca$h Money Records.

At 5th Amendment Entertainment, Kimberly and her husband, CEO Cash “Wack 100” Jones, are responsible for releasing and distributing the last four full-length albums by chart-topping, Grammy-nominated rapper The Game. She is gearing up to release the debut major label project from rapper Blueface in November 2019 via Ca$h Money West as well as The Game project, “Born to Rap” also in November 2019 via eOne Music . She and “Wack 100,” her childhood sweetheart, run the day-to-day operations of both recording imprints.

Kimberly began her career in the music business by co-founding 5th Amendment Entertainment in 2008 as a management company presiding over entertainer and entrepreneur Ray J’s various music projects. While co-managing Ray J., Kimberly was also handling concert promotions throughout the Los Angeles area in partnership with Live Nation.

The youngest of four children in a single parent home, Kimberly gained a knack for creating lanes and opportunities when they didn’t exist. The Los Angeles native and teenage parent worked a slew of 9-to-5, menial gigs, including the County of Los Angeles Probation Department. By night, Kimberly frequented and networked at various music industry events. The DIY maven decided to leave her day job in 2016 to concentrate on the music business and her side hustles full-time.

Kimberly and her husband continue to keep irons in the fire outside of music. She co-owns and operates an auto logistics company, Precise Auto Transport, and co-owns numerous real estate properties. Kimberly has a passion for helping others. As a result, the mother of two has also launched her nonprofit organization, Spiritually Provoked, and is expanding her insights and expertise into life coaching for independent artists and aspiring business owners. In March 2020, the go-getter and disruptor will co-launch NCredible Diapers, the first minority-owned baby diaper company-of-record in a licensing agreement with entertainer Nick Cannon’s NCredible imprint. Kimberly’s mission is to encourage and empower visionaries to take ownership of their goals and make them profitable and fulfilling.